Here’s What Politicians and Selling Bleach Have in Common

Voters used social networks like Facebook and Twitter far more in the 2014 midterms than in the 2010 midterm elections. About 16% of registered US voters said they used social media to follow a candidate or get information on a campaign — up from 6% four years earlier.

The ticker tape has been swept up, the concession speeches have been made (some through gritted teeth), and the political pontificators have finally gone home after a night of strident opining into the wee hours. As America wakes up this morning, our country has new senators, our states have new congress people, and our towns big and small have new local leaders firmly ensconced in their seats.

As Americans, we can finally give a sigh of relief that the seemingly endless onslaught of political ads, commercials, radio spots, lawn signs, and door hangers have at last come to their conclusion, at least for the time being. Americans are bombarded with upward to 3,000 marketing messages a day. During the 2014 mid-term election season, that number seemed to quadruple. Nationwide, political comers and their supporters spent over $4 billion on ads during this election cycle, a record for an off-year election, according to Center for Responsive Politics, a non-partisan group that tracks money in politics.

But we must admit, those ads had an impact because they got us familiar with a cast of characters and a slate of positions that took root in our brains, even at a subconscious level. And ultimately, isn’t that what marketing is designed to do? In their own unique way, politicians, bond measures, and the like are a product, packaged to appeal to a certain segment of the population by offering a solution to a problem. Whether that problem is selecting the city council candidate whose values most closely match your own, or which laundry additive will make your dingiest clothes look sparkling new again—both the political and sales variety—aim to help you solve it.

Blogging Out Loud interviewed Phil Saifer, President of integrated marketing agency Vertical Marketing Network, about the parallels between marketing a brand and marketing a political campaign in 2014. Phil is a marketing professional with more than 30 years of experience building results-oriented marketing campaigns for his clients.

Phil Saifer: On Election Day, political campaigns pay close attention to who is voting and why they are voting that way. This is something that classically trained brand marketers have been doing for 90 years. Crafting the skills of “engineering the buy” is not a new term. It was part of my training over 30 years ago as a young marketing rookie promoting Clorox Bleach, Kingsford Charcoal, and Hidden Valley Salad dressing.

Blogging Out Loud: But what does marketing bleach have to do with an election process?

Products offer solutions that solve the immediate needs of consumers. Politicians try to brand themselves as “problem-solvers” as well

PS: Plenty. With bleach you are presenting the features and benefits of the brand. With a candidate running for office it’s the same. With bleach, you craft a reason to believe in your brand and build that brand as your problem-solver. The same holds true for a political run. And furthermore, for bleach you are communicating an urgency, a call-to-action to get off the sofa and go out and select your brand. This is exactly the same end goal within the political arena.

BOL: So with extensive experience in brand marketing, what can that discipline bring to political marketing?

PS: As a breed, classically trained brand marketers are ingrained with lots of inquisitiveness. Always looking at the next level to influence groups and individuals. That’s really where marketing brands and marketing for elections have separated over the years. In the political arena, especially at the local and statewide level where it just has not taken place, we have the opportunity to utilize sophisticated hyper-targeted techniques to identify, track and communicate with intended audiences. “Politics as usual,” where marketing is stuck in the 1980s, can really get a big turbocharge by what we are doing in the non-political arena.

BOL: So how do you anticipate this transition will take place?

PS: For today’s discussion, let’s just look at social media marketing. First off is the understanding that political communications is not an election cycle thing that runs from September until Election Day. This is a small leap that needs to occur in the political arena. For example, building social engagements throughout an elected official’s term needs to be acknowledged as an important process. And in terms of the transition for elected officials, savvy future candidates, and consultants, the recognition that the tipping point may already be upon them given our ability to influence elections through the power of technology and classic branding thinking. Take for instance, yesterday’s results in a local political race. 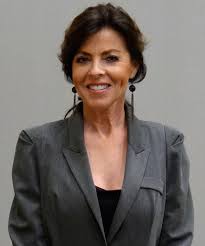 Running against well-known opponents for two open Orange City Council seats, Kim Nichols was able to win election by building awareness and a brand forged on trust and past leadership even though she had never held citywide office. This was accomplished by a dedicated team of volunteers and professionals who all understood what we were striving for and took it upon ourselves to deliver the votes. This included data mining and social media marketing testing, something that just was not being done at this level of local elections. This is the new frontier—but it’s not a decade away, it is here now.

While TV ads still “rule the roost” as far as most popular “push” advertising medium for companies and pols alike, social media and web advertising are engagement “pull” mediums, which through the explosion of digital devices such as mobile phones, iPads and similar items, is a tremendous asset for today’s and tomorrow’s communications.  The breakdown of who these owners are does skew younger, granted, but even so, 63% of Americans over age 65 have some sort of mobile device. 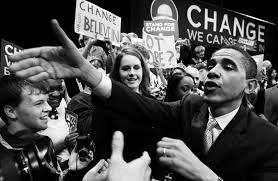 The first candidate to fully embrace the importance of “new media” was then-candidate Barack Obama in 2008, and there is little argument that his campaign changed the game. Young people embraced his message of “Hope and Change” and, thanks to them, it raced through the Internet like a fire. Ever since, politicians running for national office have been attempting to capture this “lightning in a bottle.”

One thing is certain: the most important advantage new media has over traditional outlets is that data—who is seeing the ad, where they are, how often they comment, share or like—is gathered immediately. Within hours, reports are generated that tell marketers what approach is truly reaching the intended audience—and if it isn’t, the message can be tweaked virtually instantly. With TV advertising, such data is not part of the instant equation.

Nichols also worked with Vertical Marketing Network to leverage the data they culled from her online campaign to determine which image and copy worked best for particular hyper-targeted audiences. For example, would Republican men be more likely to click on her Facebook ad if it featured an image President Reagan? Would female Democrats be more likely to respond to a message that touted family values versus relieving tax burdens? In total, nearly 75 ad sets were created, tested, optimized, refined and re-optimized during the campaign leading up Election Day with great learning and great communications effectiveness.

The information was invaluable to helping her highlight her views and experience in a way that would most appeal to her intended audience. Companies do this all the time—that’s why 58% of companies use information gleaned from social media to streamline their marketing efforts.

While as voters, we are done with election season ads for now, the politicians and their marketing teams are busily evaluating what worked—and what didn’t. One thing is certain: the tried-and-true marketing tactics of branding, identifying the audience, and using data to shape the message are important components of any campaign—whether it’s for a politician or a brand of bleach. 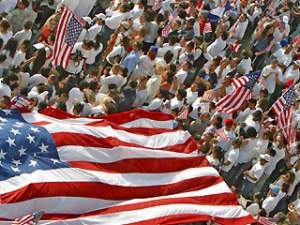 What do you think? Feel free to share in the comments section below.

Brought to you by Vertical Marketing Network, a Leading Integrated Marketing Agency. Screen captures intended as illustrative examples only. Registered trademarks and logos are the property of their respective owners.