What’s the Story with Storytelling? 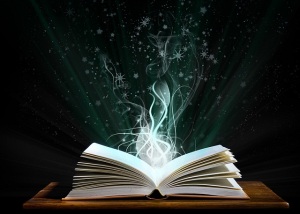 In a recent study, 78% of TV viewers said they are so drawn in by the stories they watch that they want to “friend” their favorite characters.

It’s an age-old story: Anecdotes and metaphors are more memorable than data, lists of benefits and dry product information. These days, however, storytelling has become the holy grail of content marketing, but it’s also one of the most perplexing executions to get right. That’s because, to truly draw people into your brand’s story, it must be authentic and relatable to connect and engage the audience.

What would happen in a future where storytelling and commerce truly connected? Market research consultancy, Latitude, recently found that 87% of viewers want to see the real world through the eyes of their character via a mobile app. Going a step further, 94% feel that companies should make consumable items available to purchase on a second screen while watching fictional stories – like a jacket worn by a character or a lamp in the room.

The compelling reason behind this phenomenon defies reason itself. It seems that when corporations simply try to make a solid argument for their product, the common consumer reaction is to argue with the company in their heads. Experts suggest that reasoning is not good enough because people are not inspired to act by reason alone. Feeling skeptical? That’s normal, because skepticism is a cultural reality that further demonstrates why storytelling is more compelling than facts.

But nothing explains storytelling better than the stories themselves, so here are three notable examples:

Google
This corporate video created by Google tells the story of two friends – one from India and one from Pakistan, who were separated during their childhoods because of cultural and political barriers. The real story, however, are that the Google brand’s altruistic values transcend political and cultural barriers.

Skype
This promotional video from Skype barely mentions the brand, but instead focuses on the heart of an unlikely friendship formed across continents. You may want to grab a tissue before watching this one.

Lego
The Lego Movie is the ultimate example of brand storytelling taken seriously. Of course, the expense of creating an animated feature film moves the stakes pretty high, but the payoff in this case is that Lego made $969 million in profits and increased sales by 24%. Making a hero out of an average Lego character not only made parents and kids feel good, it made them spend money.

So how does a corporation begin to take on the challenge of effective storytelling? What does it look like and how do brands that don’t have inherent values built into their existence find the story that will resonate with people in the real world?

Jonah Sachs, author of Winning the Story Wars, says that corporations can begin to get to the heart of their story by asking the question, “What are the values we want to live by?” Sachs uses Maslow’s hierarchy of needs as a thought-starter. Not in any particular order, core human values are: Wholeness, perfection, justice, richness, simplicity, beauty, truth, uniqueness and playfulness. Narrowing down your list to the two or three that are most authentic will help you match them to the values your company most exemplifies. Matching these consumer needs to your founding story, services, products and leadership is a start, but Sachs says you must also pick values you believe will most deeply resonate with your audience.

Since no article about storytelling would be complete without a dark side, there are also “five deadly sins” to avoid when telling your story in an ad, video, business meeting or campaign. These commonly misused story lines include vanity, false authority, insincerity, puffery and gimmickry. These triggers can be sniffed out by savvy consumers and quickly exposed to the determent of your brand.

The irony of this hot new storytelling trend is that, in a world where brand marketing has been displaced by direct-to-consumer selling, there now emerges a preferred technique that brings some magic back to brand-building. So, what’s your story?

2 comments on “What’s the Story with Storytelling?”

This entry was posted on March 19, 2014 by Joni Gray in Uncategorized.