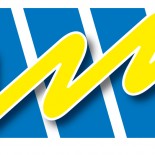 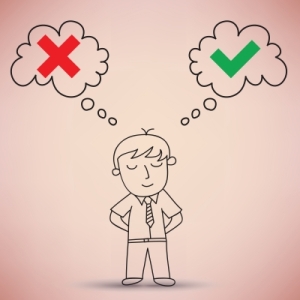 Best case scenarios are great: The pre-awareness integrated marketing campaign for Anchorman 2 that will likely change movie marketing for time to come; the Southern Comfort “Whatever’s Comfortable” campaign that is bringing new everyday life into the brand; Oreo’s “Daily Twist” campaign with 100 days of unique and playful content celebrating the 100 year birthday of the brand. These are all marketing programs Blogging Out Loud heralds as monumental campaigns in 2013.

But as we are quick to celebrate big marketing wins, what about learning from the biggest marketing miscues from the recent past? There are poor smallish mistakes out there like the confusing premise for the Chicken Soup for the Pet Lover’s Soul Pet Food brand that bombed, or even the line of Paula Deen Kids Furniture (need I say more?). But a good cautionary tale of something big that went wrong can prove to be more effective as a lesson than plain old marketing advice.

Even huge corporations with endless budgets make bad moves. Although we don’t necessarily know how these concepts get past the drawing board, we know what not to do as a result. We found three recent examples that warrant contemplation.

A fully produced broadcast ad called “Pipe Job” was uploaded to Hyundai UK’s corporate YouTube account depicting a man attempting to commit suicide via carbon monoxide poisoning by leaving Hyundai iX35 car running in the garage. To demonstrate how the cars do not produce harmful emissions, the man’s suicide fails and the spot ends with him solemnly opening the garage. Angry tweets and tearful articles were written calling the ad an offensive effort to make light of a suicide attempt. 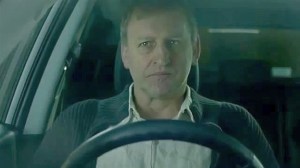 This marketing faux pas came out of Europe, but Hyundai’s USA executives had to also offer public apologies when questioned about the controversial spot. Hyundai said that their agency acted without their request or approval and INNOCEAN publicly admitted that the entire thing was a “focus group” of some kind. “This viral film was created and posted on YouTube for one day by INNOCEAN Worldwide Europe to get consumers’ feedback on creative idea employing hyperbole to dramatize a product advantage without any other commercial purpose.”

Lesson: If your controversial ad involves an attempted suicide, don’t use Youtube as your focus group.

I’m sure someone at AT&T’s social marketing agency was very proud of their creative idea to commemorate the American tragedy of 9/11 with a “photo-of-a-photo” of the one of their phones snapping a shot of the dual memorial lights at Ground Zero in New York. Unfortunately the families of the victims didn’t see it that way and an onslaught of accusations via Twitter and Facebook immediately erupted citing allegations of crass profiteering on the part of AT&T. 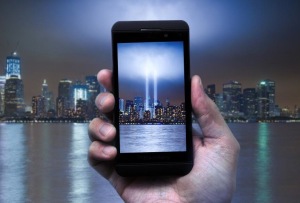 To make matters worse, AT&T’s apology that went out immediately in response to the criticism had an air of “we’re sorry you feel that way” about it. This brings up the question of whether corporations should associate themselves with major catastrophes at all without risking the possibility of becoming one themselves.

Lesson: When corporate social media meets a national tragedy, it’s  best to keep your products out of the conversation.

Taglines that make you go, “huh?”

The purpose of a tagline is to effectively position a brand. It should clearly set the mood and differentiate or encapsulate the product or company’s essence. But what do you do when a tag line leaves you confused, underwhelmed or actually angry and insulted? You call it a bad tagline.

Of course, a “Hall of Shame” of the worst taglines exists, but most of them have since been dropped. Some of the more entertaining are, “Jimmy Dean… Eat Jimmy Dean.” “Mobile… We want you to live.” “Playtex… Is that a Playtex under there?”

But as for taglines currently in use, our best of the worst is (drumroll):

Comcast
The future of awesome.

Of course it meets all the criteria above for a bad tag, but it goes a step further and provides an additional shadow of doubt on the Comcast brand. You might think, for instance, “Well, the future may be awesome, but does that mean today is not so good?” This is risky communication for any cable company, much less one with a history of customer service issues.

That’s not to say taglines should never be used. Many times the tagline clarifies the brand in a way that longer copy could never do as efficiently or cleverly. There are actually more examples out there of good taglines than bad.

Lesson: If you use a tagline, make it help and not hinder your brand.

Companies are full of people making decisions and in the creative field of dreams, we can’t hit home runs all the time. But there’s also something to be said for knowing what constitutes an error.

This entry was posted on December 2, 2013 by Joni Gray in Uncategorized.