The “Untruths” of Marketing You May Not Know 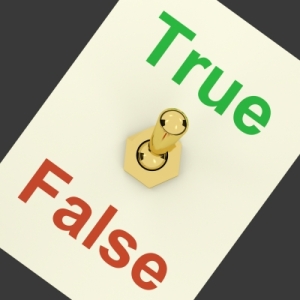 Just as predicted, the Internet changed everything. As a new marketing culture emerges, erroneous marketing beliefs are repeated so often, they are eventually believed. But, are they factual?

With over a decade of doing things differently in this brave new world, there are always new discoveries, which render the old rules useless. And although the list is much longer than this, we’ve unearthed four “untruths” that we believe deserve a healthy challenge.

#1: The majority of brand word of mouth occurs via social networking sites.

What if I told you that only 7% of brand word of mouth happens online?

Author of popular marketing book, Contagious, Why Things Catch On, Jonah Berger, cites a study conducted by the Keller Fay Group which tracked 37,000 Americans age 13 to 69 from 2006 to 2011 on word of mouth both online and offline and found that more than 90% of the conversations about products, services and brands that take place every day in America happen offline.

He asserts that one of the reasons we overestimate online word of mouth is that it’s easier to see. He notes that the common perception of social networking reaching more people happens because it does have the ability to do so. However, in reality, the recipients of social marketing are inundated with online posts to the point where they cannot possibly read every tweet, message or update sent their way.

That’s not to say it’s ineffective as a marketing tool. Current research shows that 81% of consumers receive product or service advice on social networking and 50% of online shoppers have made a purchase based on a social media site recommendation.

#2: Event marketing is too expensive to be a valuable tool in the marketing mix. 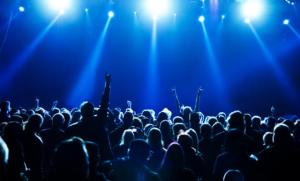 Sure, there’s always tradeshows, conferences, seminars and customer appreciation dinners, but many marketers doubt the power of events because of the cost and hassle of the execution. Why bust this myth? Because events have actually become increasingly necessary in a world where marketing is less effective in breaking down a consumer’s defense mechanisms.

Today, engagement, connection and allowing people to feel, touch, taste, smell and chat about products trumps all other techniques. According the Word of Mouth Marketing Association, 59% of Americans believe offline or face-to-face interaction is highly credible. And, with the advent of online events that can integrate into a live event or product launch activation, events can virtually expand to a larger target audience via webinars, virtual events, live streaming events and tweet-outs, just to name a few. Integration is the key to successful event marketing and its success explains why an IDC Tech Marketing Benchmark study showed that event budgets nationwide currently represent 20% of marketing budgets.

#3: Hispanic consumers don’t want coupons because they’re embarrassed to use them.

A common notion among marketers that the Hispanic consumer felt using coupons was akin to using food stamps couldn’t be further from the truth these days. In a post-recession environment, Hispanics are having the same experience as all smart shoppers – looking for a better deal.

The bigger issue is one of communication preference. According to Nielsen, although 77% of U.S. Hispanics speak English well, they prefer to speak Spanish in their homes versus 17% who say they speak only English. Coupons with bilingual messaging are important, according to Nicco Mouleart, Senior Account Director at Vertical Marketing Network. “In the Latino community, bilingual coupons provide an incentive to get past the barrier of purchasing a new item. When combined with in-store sampling by bilingual brand ambassadors, it’s a powerful way to win new customers to brands.”

#4: Older people primarily use social networking to see photos of their grandchildren.

Yes, the young do dominate Facebook (which is still the main social site), but as use becomes more common, it’s the older generation that is leading the growth of social networking. In a recent study by BI Intelligence, the 45- to 54-year-old age bracket has seen 46% growth in just the past year, bringing them up to 52% of all Internet users. Even 30% of over 65-year-olds partake in Facebook and 73% of all Facebook users have a household income of over $75,000 per year.

When it comes down to it, Facebook is looking for broad appeal to become profitable even though growth in the older user category is taking away some of the “hip factor” and shifting it into what Zuckerberg calls “the best personalized newspaper in the world.”

What other modern marketing beliefs do you grapple with? Let us know, as openness to newly discovered insight is part and parcel of the marketing game and, thankfully, new insight continues to make for smarter marketers.

4 comments on “The “Untruths” of Marketing You May Not Know”