Back Talk: Do the Holidays Come Too Soon Each Year? 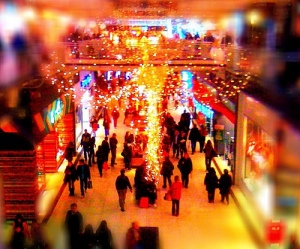 The holidays creep up earlier each year; this fall, retailers including Costco, Home Depot and J.C. Penny decked their halls in September. Others are enticing consumers to buy early with the help of layaway programs.

“Christmas in July” used to be a euphemism for “bargain” or “summer sale.” Then a few years ago, industry icon Toys ‘R’ Us launched a true summer sale which encouraged holiday preparedness over indulgence. “…You’ll feel like you’ve flashed forward to the holidays during our ‘Christmas in July’ sale in-store and online…” read this year’s advertising. Turns out, Christmas in July is just what it sounds like – The Christmas Creep – and DailyFinance reports it’s among consumers’ top pet peeves with retailers. Still, the National Retail Federation estimates as many as 40% of consumers kick off their holiday shopping before Halloween, but Consumer Reports claims a mere 8% will be done before Thanksgiving and only 25% will be done by Cyber Monday.

Retailers including Costco, Home Depot and J.C. Penny don’t seem to mind; as they broke out their Christmas finery as early as September this year. Others such as Best Buy, Kmart, Sears and Wal-Mart have revived interest-free layaway programs for early stock(ing)piling. One perennial exception is Nordstrom, which each year waits until after Halloween to deck its halls. Regardless, with so much temptation, consumers are bound to channel their inner elf. Analysts argue one reason for the layaway comeback is the credit crunch of 2008, of which consumers are still feeling the effects; in October, consumer credit was down 10.1% in the third quarter. Then there’s the NRF, which is projecting holiday sales to rise a meager 2.8% this year. Giving consumers plenty of time to shop, spend and prepare could mean good things for all. Yet a debate wages on about how soon is too soon for holiday marketing. If you’re like one of my Vertical Marketing Network coworkers, the off-season has historically proven to be as good a time as any to indulge and save. Yet another would argue the ever-accelerating Christmas Creep turns her green as The Grinch.

Maybe I’m just blogging out loud, but it seems like, despite the current economy, premature holiday hoopla threatens to bring out a little Scrooge in the most ardent Saint Nick. One man’s Christmas in July is another’s “Bah-humbug,” and brands and marketers should be cautious.

Which prompts the question: How soon is too soon for brands and marketers to start spreading holiday cheer? Do you think we’ve gone too far?

Please share your thoughts in the comments section below, or head over to Vertical Marketing Network’s Facebook page to chime in.

4 comments on “Back Talk: Do the Holidays Come Too Soon Each Year?”