Asian Marketing: A Matter Of Balance.

Brands can focus on similarities without bending to stereotypes. 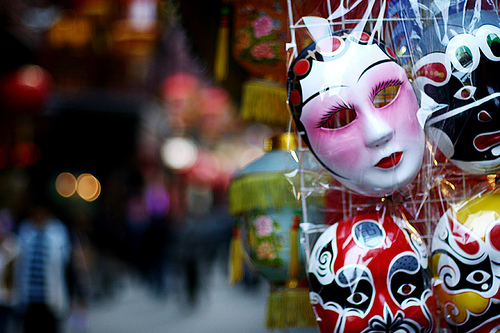 The more than 14 million Asians/Asian-Americans living in the United States represent 24 nationalities and speak 56-plus languages. Marketers should not be dissuaded by this diversity, though; the Asian/Asian-American consumer adheres to tradition while shaping trends.

Authentic, personal and relevant marketing. It’s what all consumers want, but it can seem difficult to achieve when you’re targeting a demographic that is small in number, varied in make-up and considered by many to be ahead of the trending curve. Such are the challenges of marketing to Asians/Asian-Americans, but hey, nobody ever said this business was easy. With the Chinese New Year approaching next week on Feb. 3, my Vertical Marketing Network coworkers and I have been focused on the complexities of marketing to Asians/Asian-Americans. Admittedly, approaching this varied demographic is more difficult than most. With just over 14 million people, Asians/Asian-Americans comprise a mere 4.5 percent of the U.S. population (the Selig Center for Economic Growth projects that number will rise to 5.3 percent by 2013), and what it lacks in size it more than makes up for in diversity. The U.S. Census Bureau reports there are at least 24 nationalities and/or ethnic groups within the Asian/Asian-American community, and its members speak as many as 56 languages. This, and the seeming marketing complications that it implies, has resulted in some dismissing the community’s overall consumer power. But as Advertising Age argued in October 2010, “Asian-Americans do assert their own mark on a wide variety of market drivers, including food, technology, music, dance, fashion, politics, social media and more.” With Asian/Asian-American consumers projected to have $700 billion in spending power by 2014, we’re inclined to agree. Which begs the question: how can the marketing community rise to the challenge and be persuaded to effectively target the Asian/Asian-American community?

Maybe I’m just blogging out loud, it seems as if the many faces within the Asian/Asian-American community provide more opportunities than obstacles. Sometimes success is as simple as rethinking your approach.

Last year Vertical Marketing Network looked at ways in which brands such as AT&T, Budweiser, Ford and P&G are tailoring integrated marketing campaigns for the Hispanic/Latino community. Not surprisingly, the same principles can be applied to the Asian/Asian-American community: know your consumer, walk among them, listen to their needs and wants, be authentic and — most importantly — be personal. “You have to know specifically which Asian group your customers belong to,” Michael Soon Lee, president of California-based EthnoConnect, tells New Hope 360. “Asians are happy to talk about their cultures,” Lee says, and knowing the cultural differences between Chinese, Japanese and Korean consumers is important. Savvy marketers, though, need to focus on the commonalities without bending to stereotypes. Education, family, health, technology and even luck are valued within the Asian/Asian-American community. Asians/Asian-Americans have the highest proportion of college graduates of any race or ethnic group in the United States (compare with 27 percent for all Americans 25 and older); 60 percent of Asian/Asian-Americans own their own homes (compared to 67 percent of the total U.S. population); and numbers show that Asian/Asian-Americans have the highest median head of household income over non-Hispanic white Americans. We’ve seen smart brands such as AT&T, IKEA, Priceline and Wells Fargo champion these ideals. Ad Age points to Wells Fargo’s embracement of social networking as an example of a way brands can build lasting relationships with Asian/Asian-American consumers. As a whole, Asians/Asian-Americans are considered “the earliest adopters of technology and are first among American consumers to integrate different media platforms,” so the Internet is a good place to start. But so, too, are offline communities, where Asian/Asian-American consumers celebrate and honor their cultural values.

The line between traditional and trendy is a fine one, but brands that manage the balance will find loyal consumers abound.

One comment on “Asian Marketing: A Matter Of Balance.”